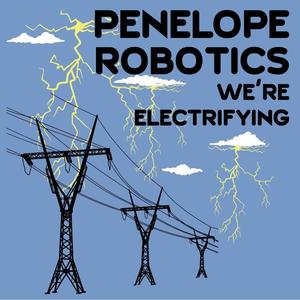 The Penelope Robotics team is excited for their sixth State contest in a row.
Penelope Wolverines are gearing up for a shot at the CowtownBEST State Robotics competition this December. After their 2nd place victory at District last weekend, the Robotics team is excited for their sixth State contest in a row.
This year, teams were tasked with designing a robot that could mimic the work of a power line lineman. Using only basic materials, Wolverines created a machine that could maneuver through a course designed to simulate situations caused by storms like fixing telephone poles and  clearing debris from lines. They also created a marketing presentation, an engineering journal, and participated in an interview detailing the capabilities of their robot.
"We're really excited since we came this far," said Conner Woodall, one of the team members. "And we were surprised how far we've gotten this year with little resources and little experience."
The Robotics coach, Harley Davis, and the entire team are grateful for all the help and encouragement the Penelope community has given them. "The Penelope Robotics Team would like to personally thank everyone for their support for the 2019 season and look forward to competing at the state level in December as we represent our school and community," commented Davis.
The Robotics team travels to the State Meet in Frisco from December 5th-7th.